Arsenal’s 2020/21 campaign was nothing short of a disaster, with the Gunners failing to qualify for any European competition for the first time in a quarter of a century.

Mikel Arteta’s side’s eighth-placed finish did little to impress the club’s fanbase, and it appears that the club are already looking to improve next season.

It has been widely reported that Arteta and Technical Director Edu will spearhead a £250 million spending spree this summer, in an effort to improve the club’s squad and compete once again for a place in the Champions League.

However, there could also be a number of outgoings at the Emirates this summer, with those in charge keen to offload those who are surplus too requirements.

Veteran defender David Luiz has already announced his departure from the club after two relatively unsuccessful seasons, with the club’s 2020 FA Cup win the only notable success. 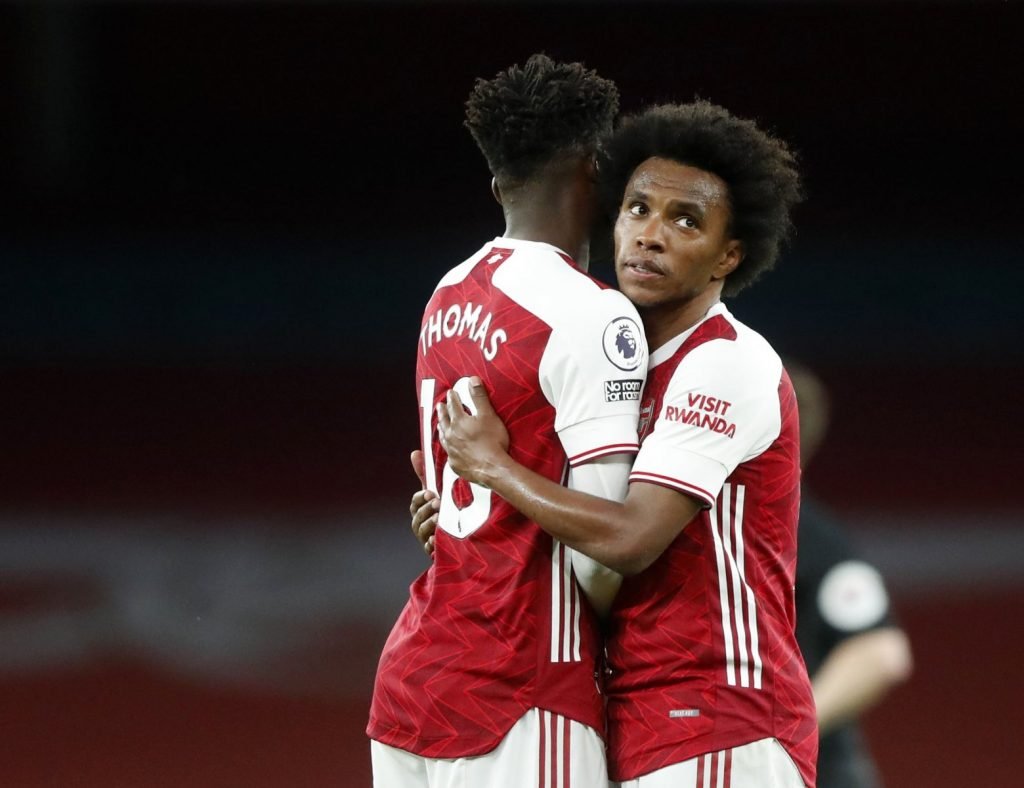 Now, it appears that Luiz’ international teammate could be following him out of the Emirates exit door.

According to Football London, the club are keen to offload Willian, after the winger’s less than impressive first season in North London.

The 32-year-old joined Arsenal from London rivals Chelsea last summer, vowing to play a key role in Arteta’s plan to bring success back to the club.

However, after just 12 months with the Gunners, it looks like his time could be up.

The winger has fallen behind the likes of Bukayo Saka, Emile Smith-Rowe and Gabriel Martinelli in the packing order at the club, and is one of a number of players who could be sold this summer to allow for a rebuild.

The report suggests that the main stumbling block that Arsenal are facing in the efforts to get rid of Willian is the fact that no team is currently willing to meet his wage demands.

MLS side Inter Miami, founded by David Beckham, had emerged as frontrunners for the Brazilian’s signature, however they were reportedly refusing to pay the winger’s £167,000-per-week wage demands.