“Alexi, it’s great to have you back on ‘Morning Joe,’” said co-host Mika Brzezinski, who introduced McCammond simply as a writer and reporter before plugging the former Axios journalist’s new piece for NBC News’ Know Your Value vertical.

A source with knowledge of the situation said Thursday “there are no plans” to reinstate McCammond’s full position at the network, where she was a contributor before being named editor in chief of Teen Vogue in March. She exited that role two weeks later — before she even started on the job — after the surfacing of old racist and homophobic tweets. 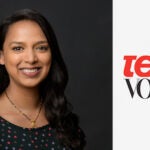 McCammond addressed the media uproar that she faced over the Teen Vogue tempest in a discussion with Brzezinski. “The last few weeks have been really painful, to be sure,” McCammond said, “not just for me but for many folks in the AAPI community and others who are hurt by all of this and I totally understand that and I’m just really grateful to have the opportunity to be reporting again on the issues that I care about, to really try to help lift up minority voices and the voices of folks from marginalized communities who might not get the coverage that they deserve otherwise.”

This was a major resurfacing for McCammond, who resigned from the Teen Vogue position in March. Condé Nast first announced McCammond’s hiring on March 5. That weekend, racist tweets she had written about Asian people in 2011 were resurfaced on social media, leading to public pushback from Teen Vogue staff members and celebrities like Olivia Munn and Daniel Dae Kim.

McCammond, who had last apologized for her tweets in 2019, apologized again in separate emails and statements to Teen Vogue’s staff and readers but initially indicated that she was not intending on stepping down. By March 18, she did in fact step away from the role.

Earlier this week, Sharma has named Teen Vogue’s new top editor after serving in senior editorial roles at NowThis since 2014, including stints as managing editor and senior correspondent. She also covered the 2012 election for MSNBC.com before joining Vocativ as senior editor and reporter.

Watch her reemergence into media above. 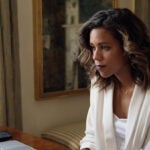